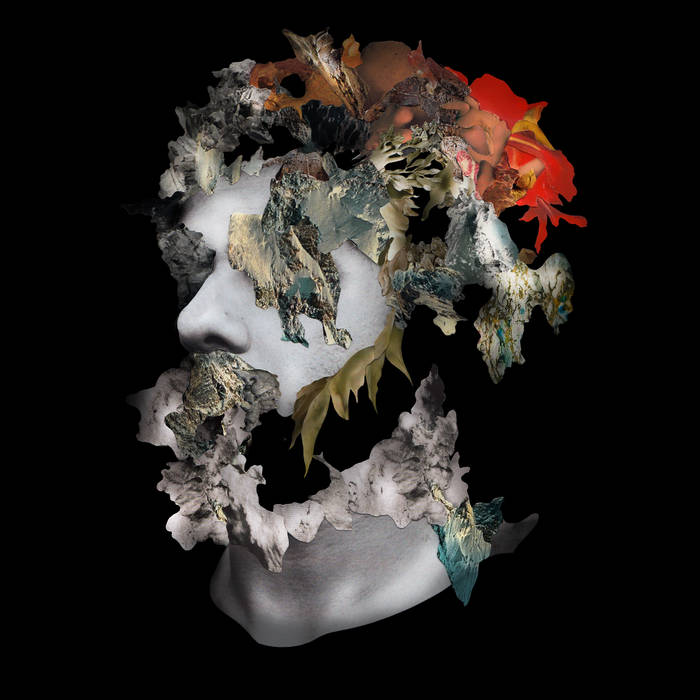 azab-shniggurath I shake my head and laugh as soon as I press play. This is...
It's just...
Oh, my God!

abdonoval Impeccable arrangements and incredible production. One of the most interesting electronic musicians around. Favorite track: Biutiful.

Source Invisible An amazing balance of aggression, weight and fragile beauty by a producer with an ear for putting sounds through the blender in just the right way. Highly recommended. Favorite track: Ote.
more...

I AKA I is the first album that Iranian-born, London-based electronic musician Ash Koosha has released on Ninja Tune and it is, by some distance, his best work yet. Koosha, lauded for his “mind-bending electronic music” (Pitchfork) and “intimate, elegantly fractured, beat-driven music” (The Guardian) has received support by the likes of Run The Jewels, Empress Of and FACT via their LPs of the year for Guud. Koosha has also had to cope with a brief imprisonment for his music and seeking asylum in the UK, where he lives as an exile, unable to return home. He prefers, though, to concentrate on his art and, with I AKA I Koosha’s experimental drive solidifies into remarkable achievement, sitting somewhere between Amon Tobin and Flying Lotus and sharing qualities with the likes of Arca and The Haxan Cloak but sounding like no one but himself.

Fascinated for many years by his own synaesthesia (the ability to ‘see’ sound), Koosha has tried to systematise this ability by treating sound “like a physical matter which can be broken down, liquified, rescaled or spatially positioned.” Working mainly with his own field recordings, treating each sampled source as a physical object, Koosha squeezes, stretches, distorts and moulds units of sound before using a background in classical music—both Persian and Western—gleaned from his time at the Tehran Conservatory of Music to structure and shape the result into affecting, original and often beautiful movements — a process he calls “finding geometry in sounds.”

The results are nothing less than stunning. I AKA I, Koosha says “is about transformations in psychology and technological advancements - the result is always the same humans in the end.” The twenty two tracks across its forty six minutes feel less like separate entities than part of a bigger structure, but the structure itself is constantly informed by its parts, a kind of jazz aesthetic with none of the sounds or cliches of jazz: “I don’t police the sound particles,” Koosha says. “I let their behaviour surprise me and deal with the chaos.”

There’s something of the renaissance man about Koosha. In his drive to let us see as he sees, Koosha is creating possibly the world’s first virtual reality album, a “post music-video experience” of I AKA I that will be shown in 2016 using Oculus Rift headsets, ahead of their projected mass marketing. In addition, his first feature film, Fermata, which features Colin Firth’s son, Will Firth, is due for release later in the year. Koosha has weighty history here, the film in which he starred, No One Knows About Persian Cats, loosely based on his own experiences in Iranian underground music scene, won the Un Certain Regard Special Jury Prize at Cannes in 2009.

For now, let’s focus on this incredible piece of music. As is often the case when you hear something new — something jagged, wild and alien but also beautiful and packed with a strange and scintillating soul — it’s hard to find the words to express quite what it is that excites you. Best then to leave it to Ash Koosha himself: “For me this experience is not one imposed by the composer on the listener,” he says, “but only the reflection of the listener’s own emotions. The composer is only holding the mirror. What you see in the mirror is your own fears, angers, sentiments, and the alien yet tangible quality of such emotions.”

Music formed around a human-machine dialogue

Bandcamp Daily  your guide to the world of Bandcamp